Ute Trays For Camping Trips: Should You Choose Aluminium?

Most modern utes are far removed from the rugged beasts that roamed rural roads and outback trails in years gone by. While the cargo beds of modern utes are tough enough to carry light cargo from time to time, they generally don't have the capacity or strength to transport large amounts of heavy gear safely.

Consequently, many ute owners have custom ute trays fitted to the cargo beds of their vehicles, and these custom-built, reinforced cargo carriers can be particularly useful for camping enthusiasts. Whether you're taking specialised camping equipment to a remote site or packing a lot of gear for an extended camping holiday, a ute tray can increase your ute's carrying capacity to accommodate tents, gas canisters and other heavy camping equipment.

However, you will have to choose what your ute tray will be made from. While steel is generally the most popular choice, aluminium ute trays are becoming increasingly popular. Aluminium ute trays have a number of advantages over steel and alloy trays, but they also have some disadvantages.

What are the advantages of choosing an aluminium ute tray for camping trips?

Aluminium is considerably lighter than steel, and it has a better strength-to-weight ratio. Consequently, an aluminium ute tray is significantly lighter than a steel tray of equivalent size, but it is still strong enough to carry as much heavy camping gear as you can fit into it. Lighter ute trays are easier to fit and remove as necessary. They also increase the overall weight of your ute less than steel trays, so they do not have as big an impact on fuel economy and tyre wear.

Aluminium is prized for its natural resistance to corrosion, and an aluminium ute tray will never fall victim to the damaging, unsightly rust that destroys many steel ute trays over time. This makes them ideal for extended camping trips when your ute and it's attached tray will most likely be parked in an exposed area for a significant length of time. They are also very useful for coastal camping, as airborne salt spray from the sea can cause steel trays to rust more quickly.

To prevent rust, the vast majority of steel ute trays are treated with coatings that prevent rust; however, these coatings will wear away over time and can be expensive to restore. Since aluminium does not require a protective coating, an aluminium ute tray is generally much easier and cheaper to maintain in good condition than a steel tray. While aluminium ute trays can be more expensive than steel trays, their longevity with very little upkeep makes an aluminium tray an excellent long-term investment.

For more information, contact a company that has ute trays for sale. 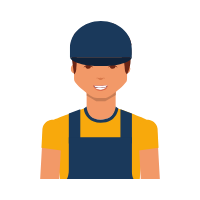 Hey, there! My name is Dan. If you are looking for a cool new guide to industrial supplies, you have come to the right place. The articles I have published on this blog will help you to develop your understanding of different types of industrial supplies. I'm no expert when it comes to this subject but I'm married to a man who works in this sector. Over the years, he has taught me lots of cool things about his work and I thought it only fair to share some of my knowledge here. I hope you enjoy reading this blog.